Basket
Your basket is empty.
Newsletters

TIP: use Bluetooth- or PC speaker and modify the speaker-system as a part of a building or a wall

Currently compositions will created for the epochs SiFi and Horror. New tension-building musicphrases with appropriate sounds are expected to be available at October 2017. Also we work on an update for the epoche asian mid-ages 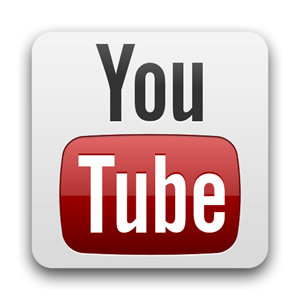 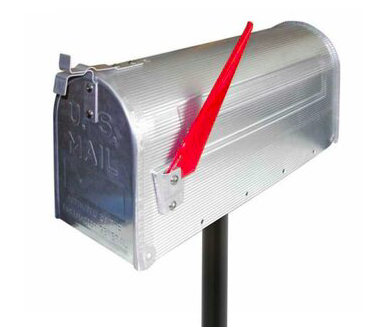 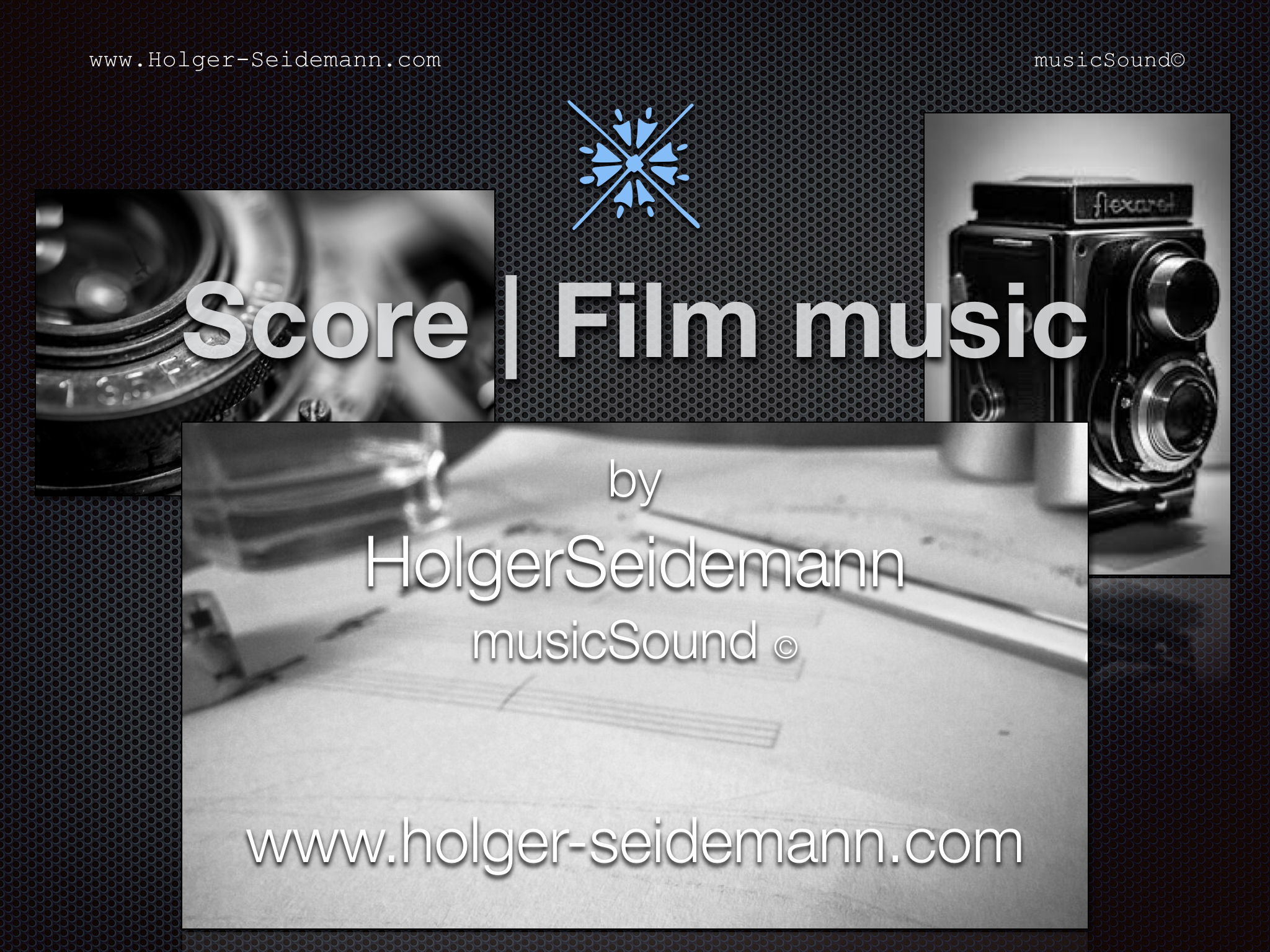 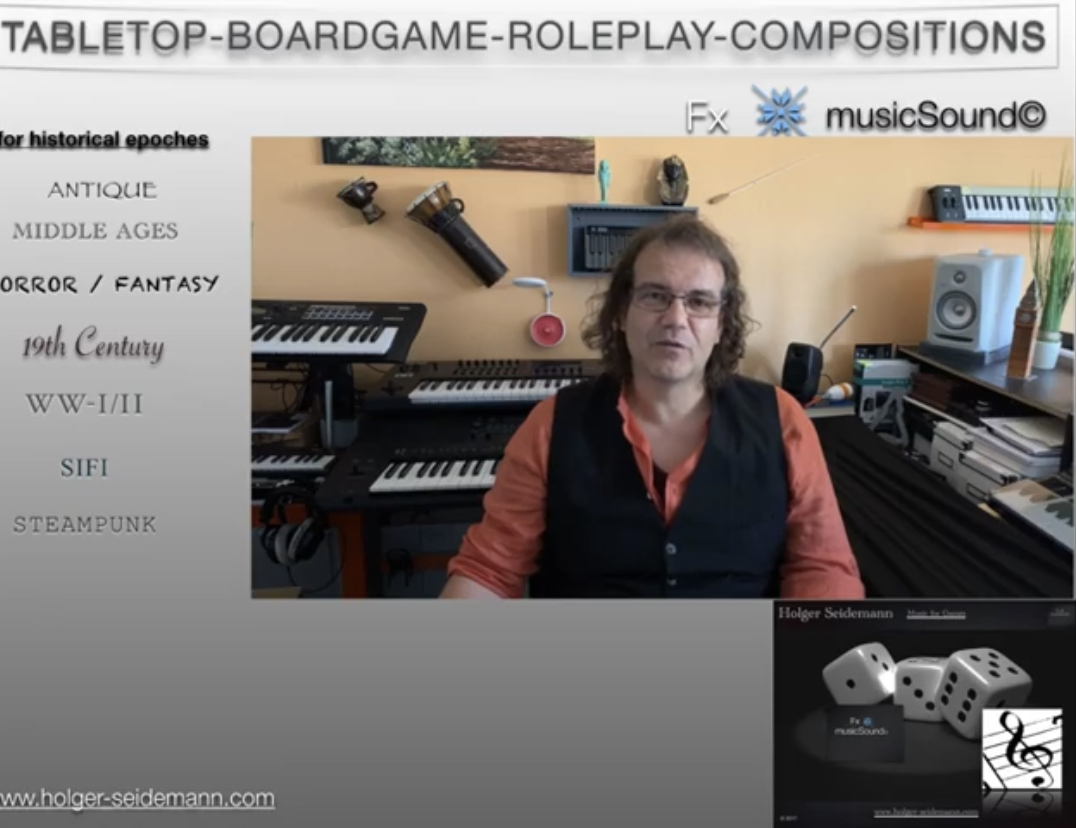 
WindOverSeas fx-musicSound-effect Soundtrack ...... 17 minutesn new historical Sound-Effects and Soundtrack for the epochs 18th and 19th century Naval-Battles as a newDownload-product available.
complete Example of the Soundtrack available as an audio-test; please take note in the product description or click the following symbol for direkt listening 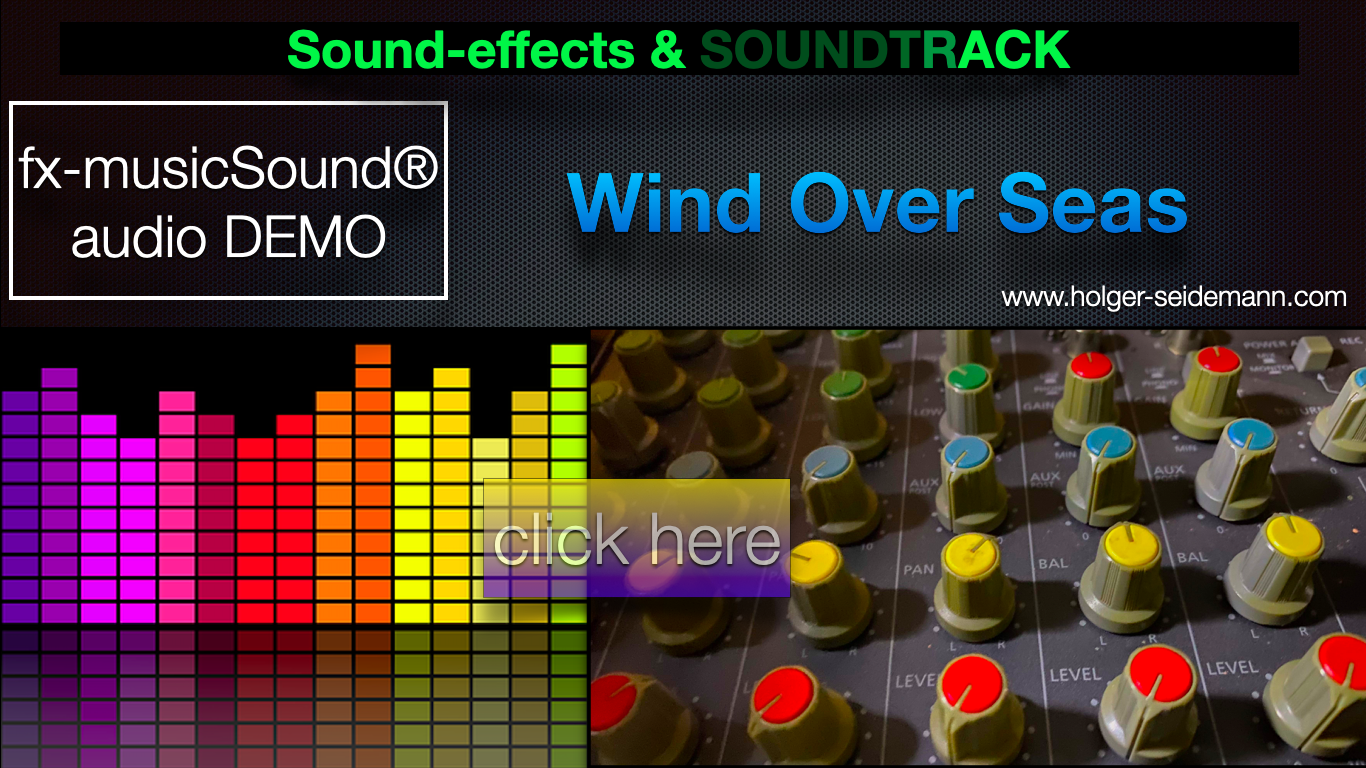 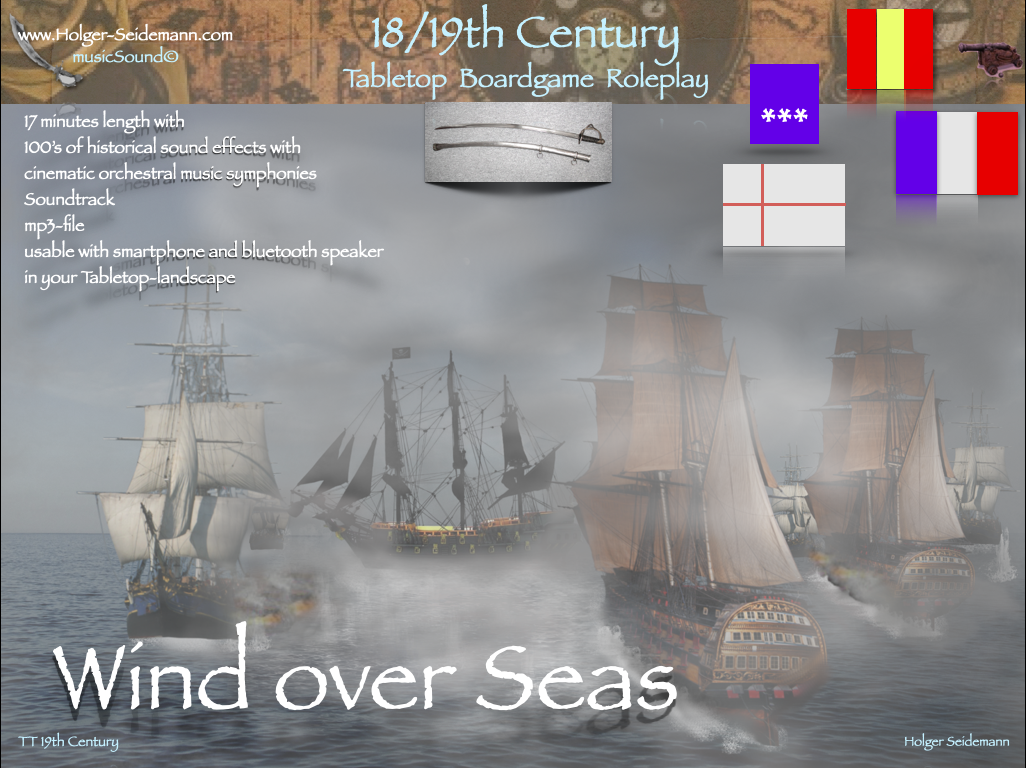 TRIBES music-Symphony (Symphonic Music w/o Sound-Effects)
available ...... 19 minutes new score (film music -soundtrack-) as a download
music for the epochs ancient, vikings and/or midage (medieval)
for example... to use for Diorama or movies..etc

to hear at SOUNDCLOUD HolgerSeidemann.. 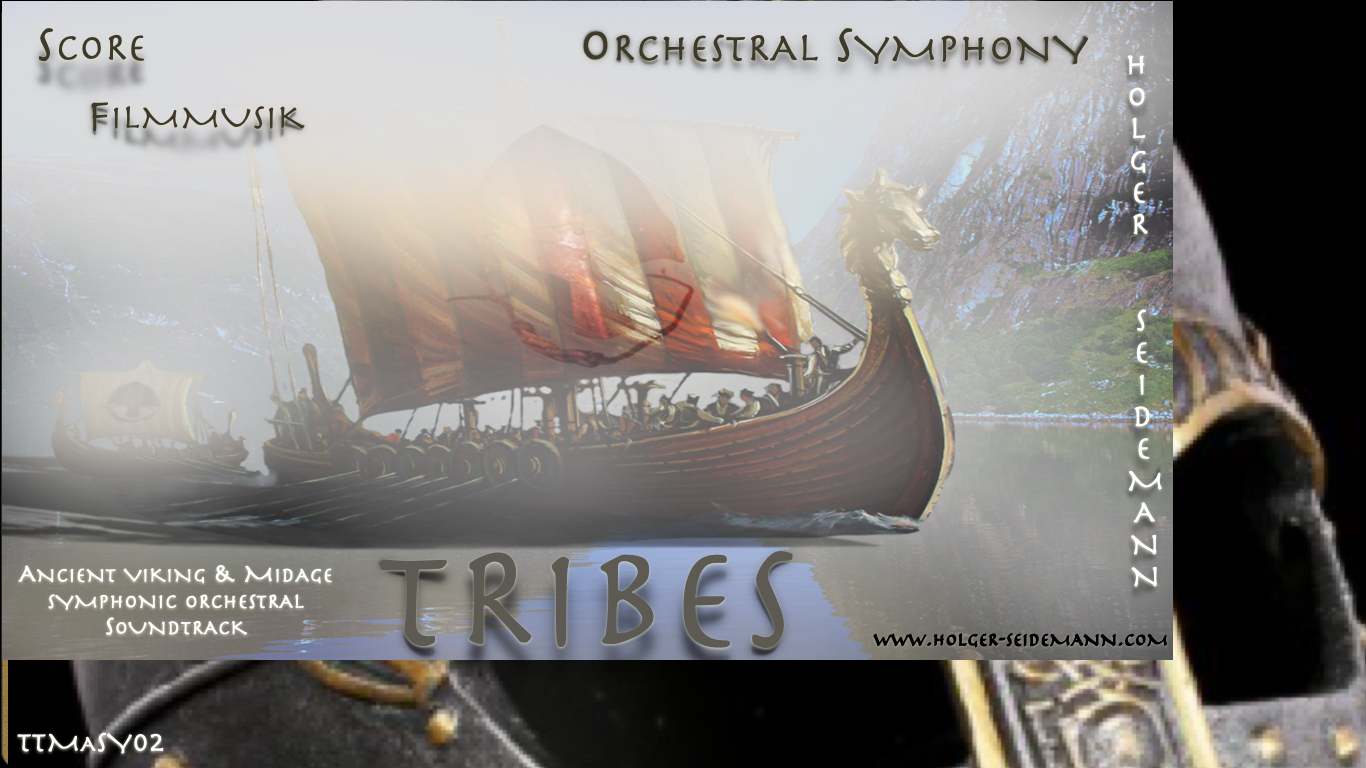 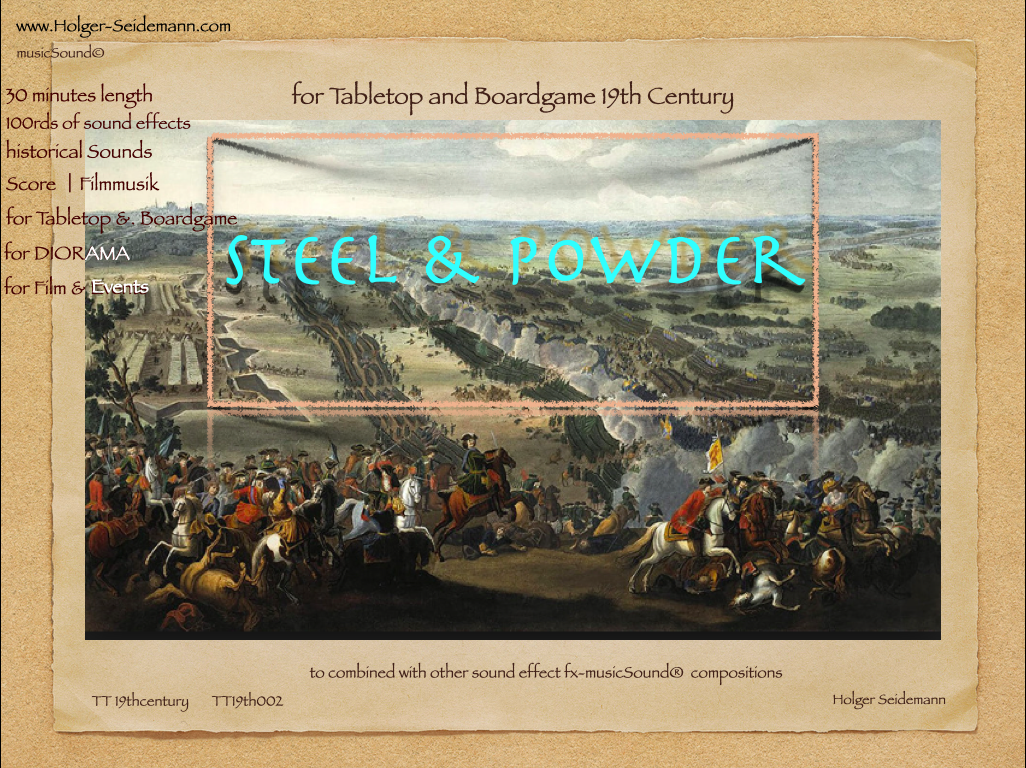 METAL ARMIES now available....... 12 minutes new fx-musicSound effects and cinemtaic music for the Tabletop epoch of Dystopian Wars up to the 40K century. 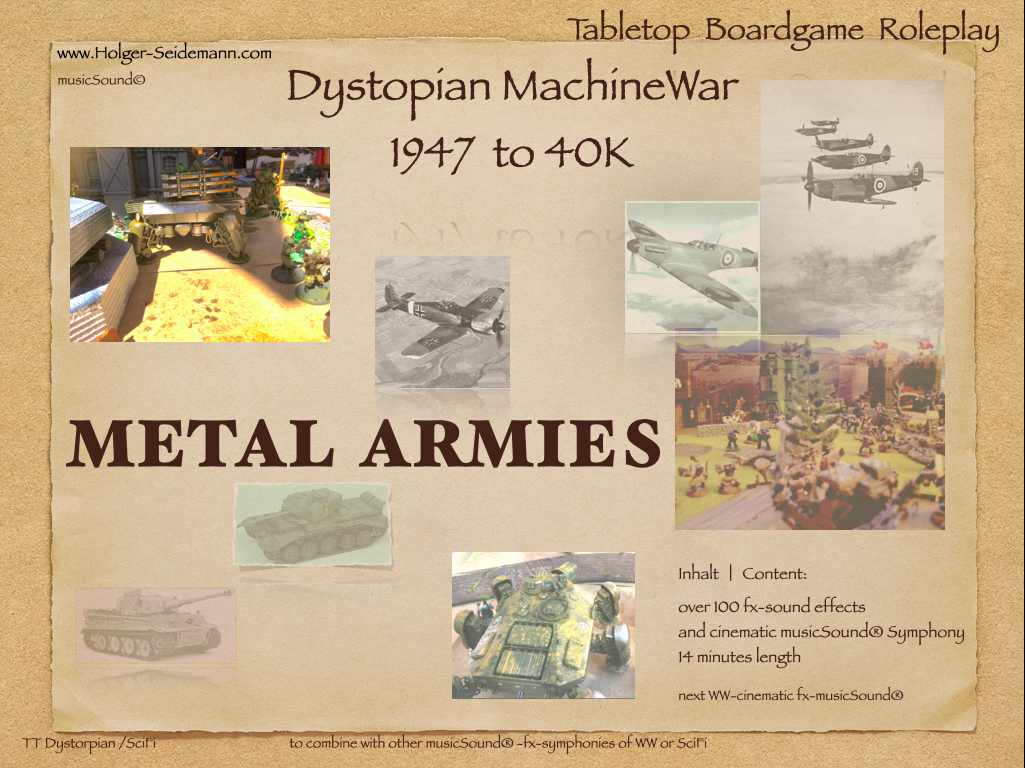 Wind over Seas available at end of January 2021........ 17 minutes of new fx-musicSound effects and cinematic music for the tabletop epoch of sea-fighting in the 18th and 19th century. 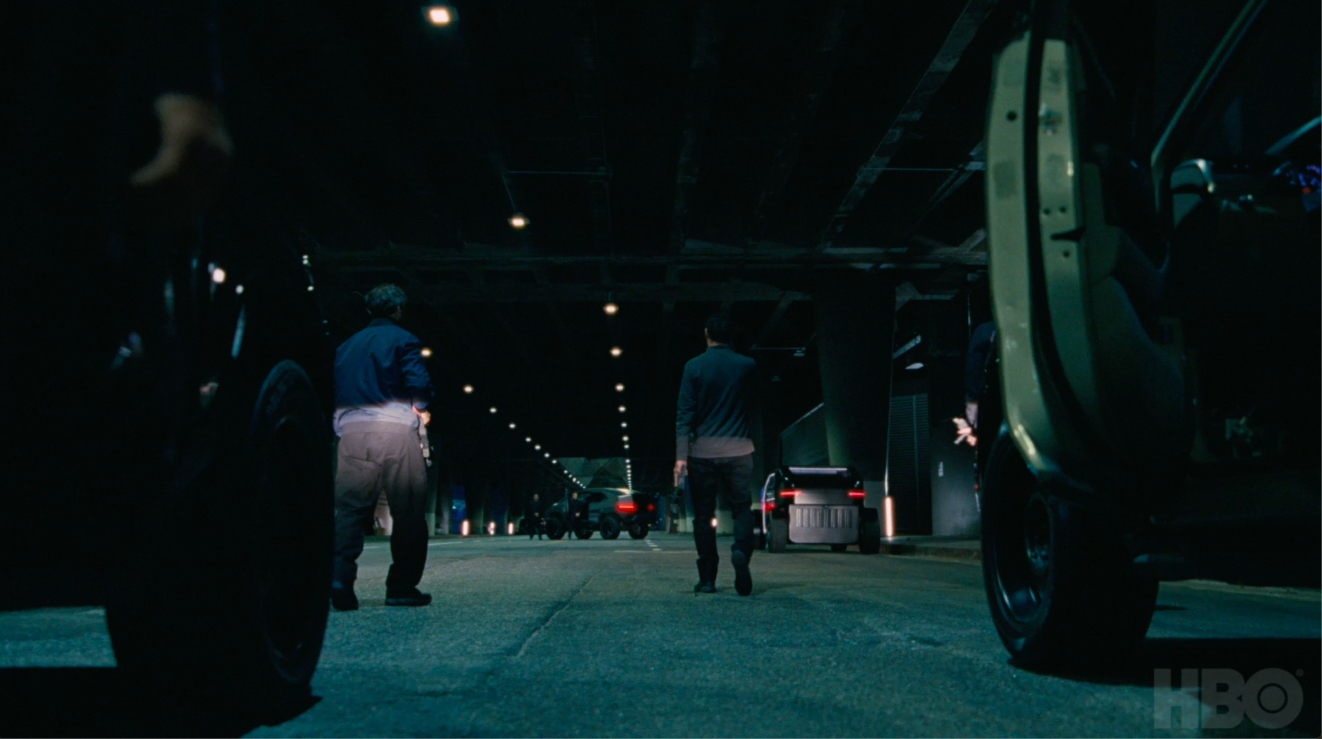 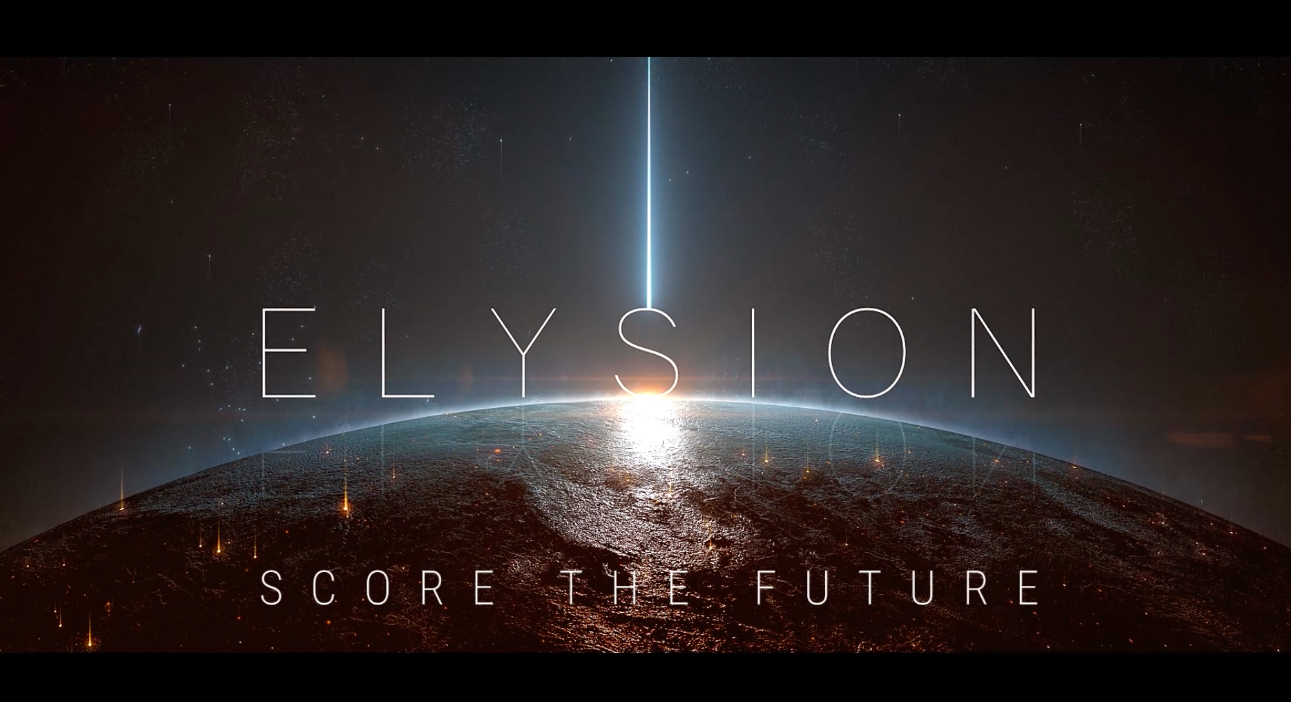 Score- and Event music for Tabletop WorldChampionship 2019 in Austria Dornbirn 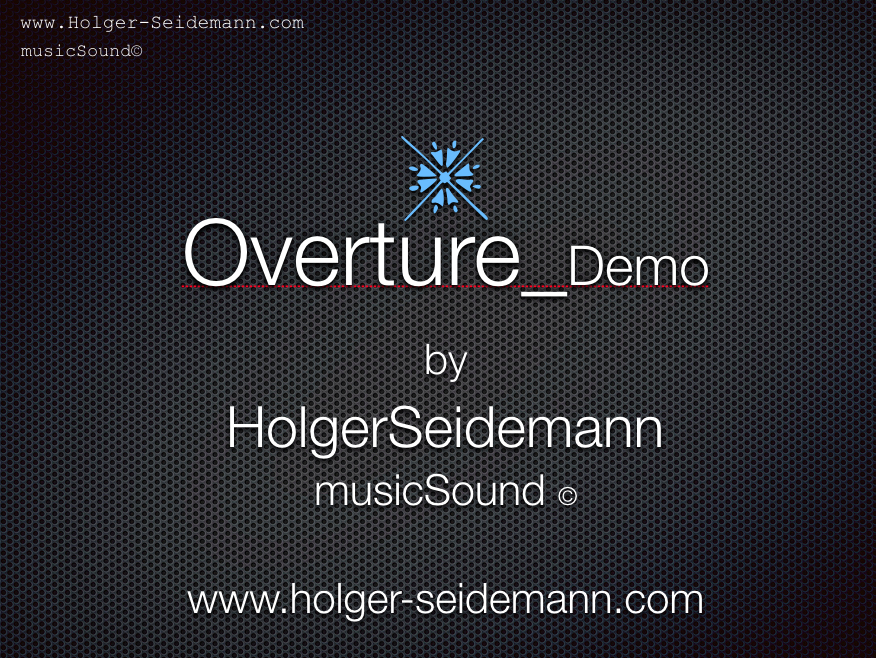 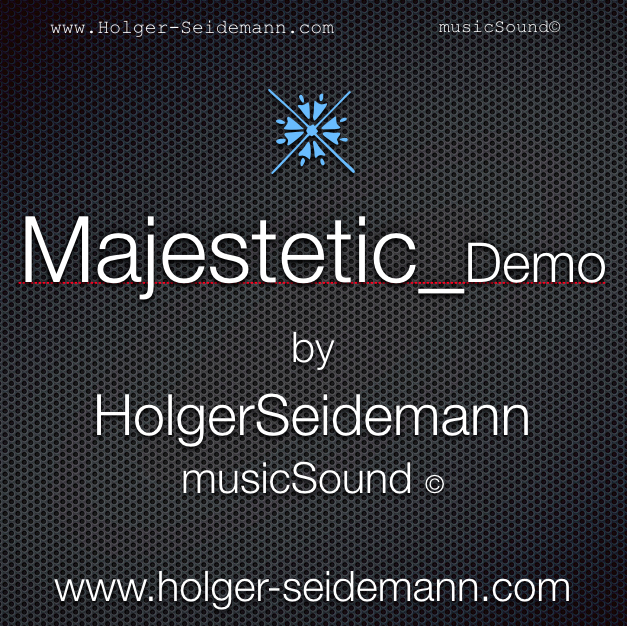 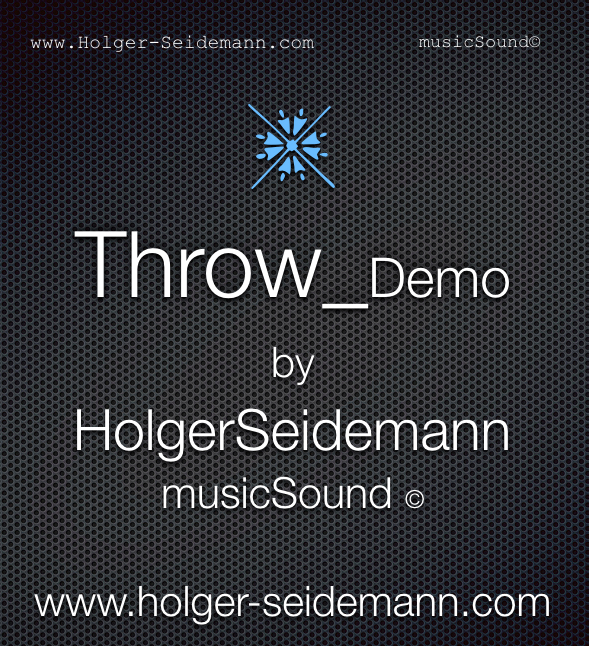 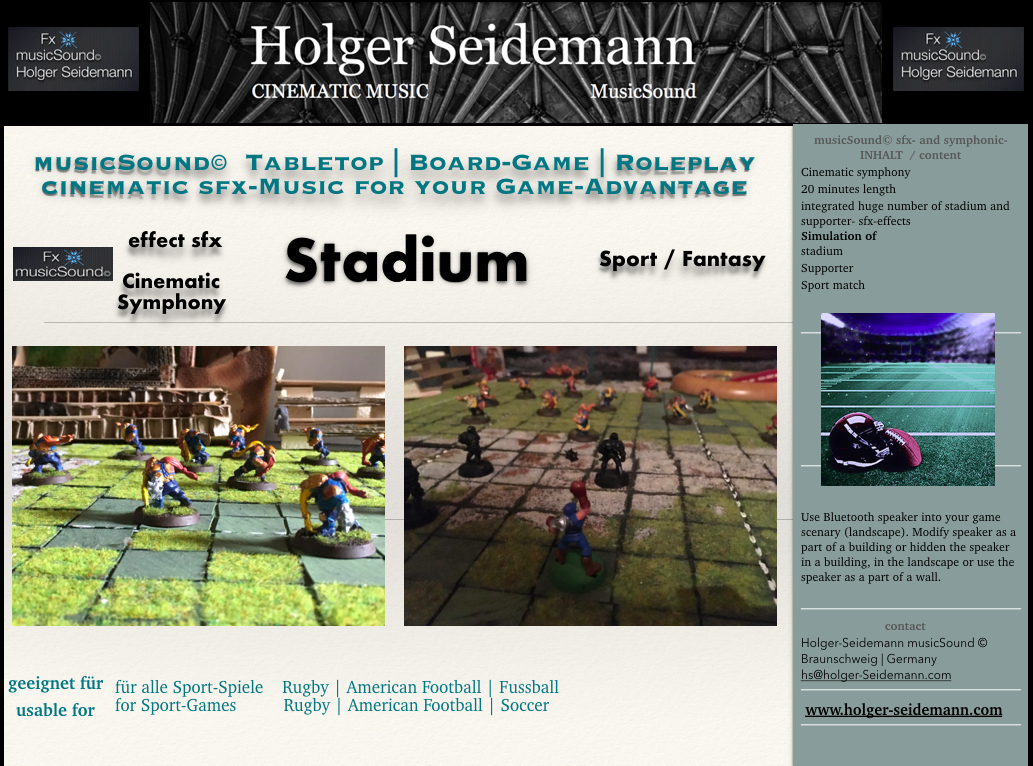 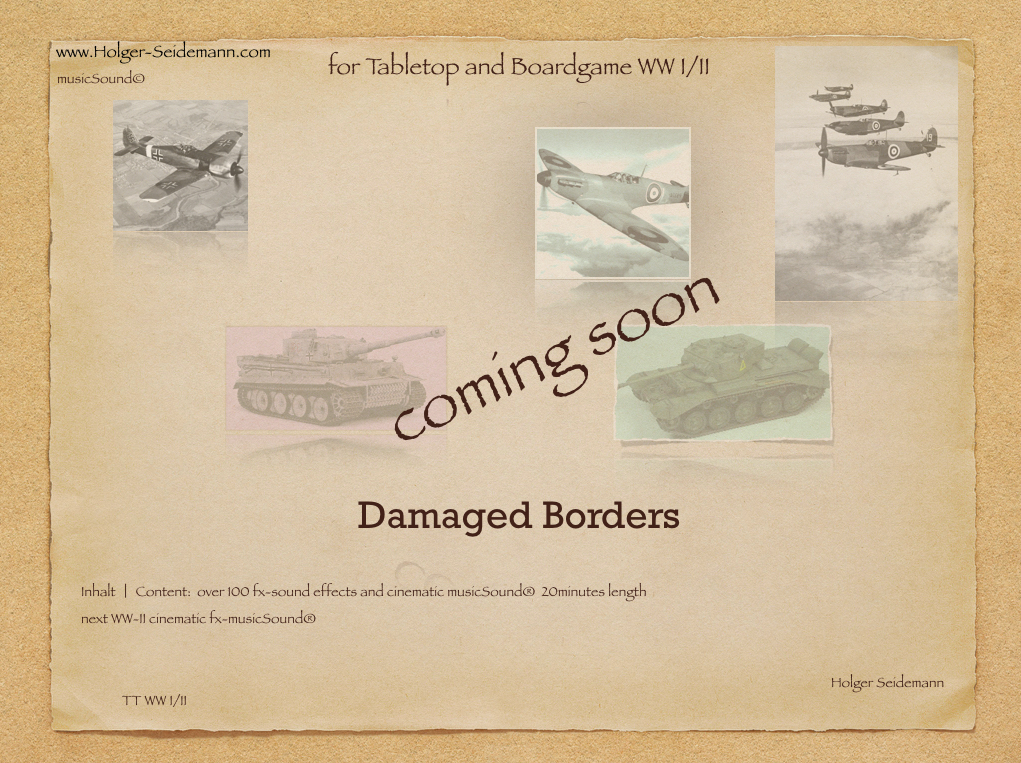 listen all compositions at Soundcloud (click on the Soundcloud-symbol)

fx-musicSound for museums and events

musicSound is Partner for historical museums und organizer of events 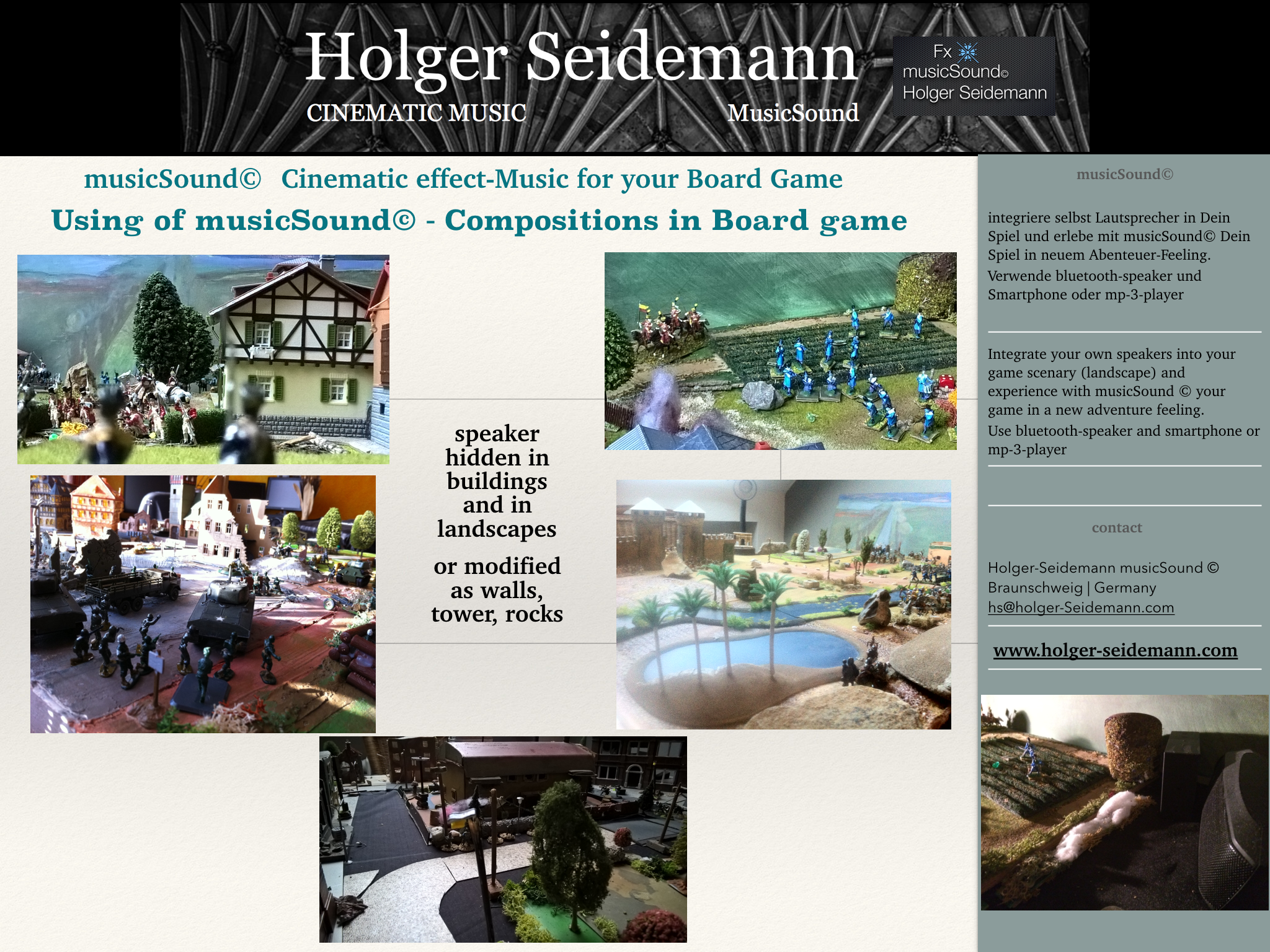 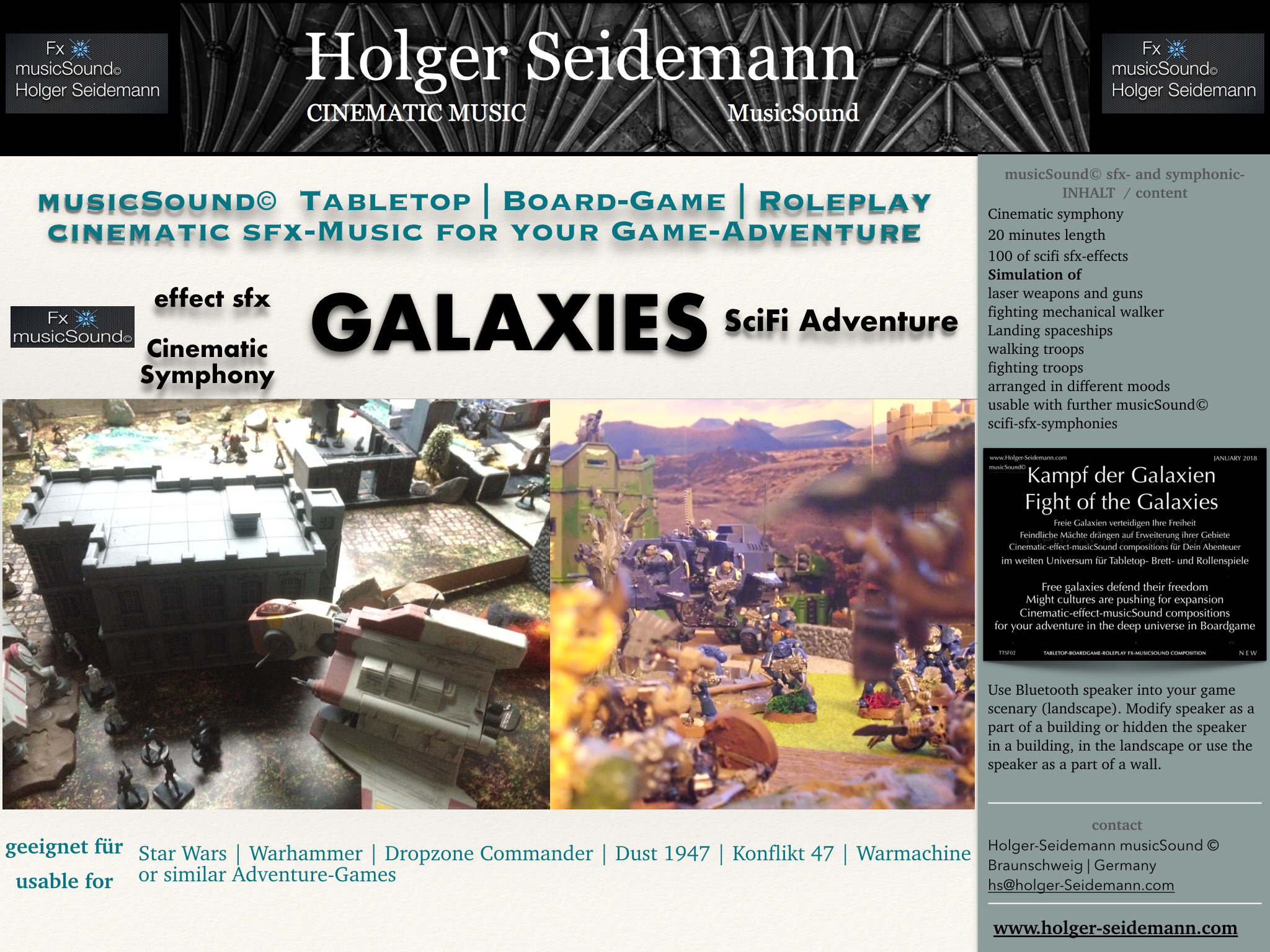 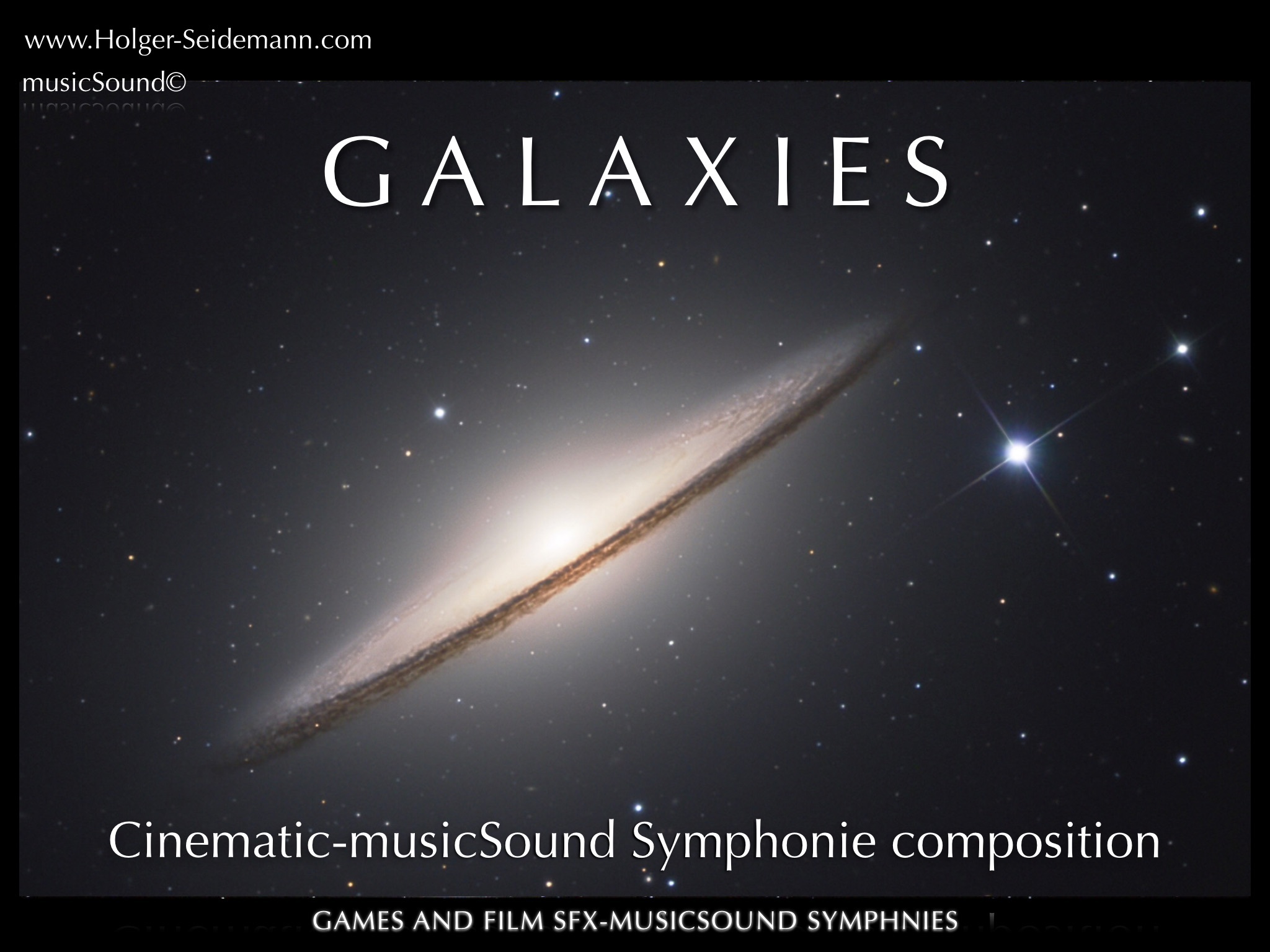 The idea for Tabletop "musicSound"© originated with the thought that the playing of a Tabletop or a board game becomes even more thrilling with soundtracks and sound effects - We call  it "musicSound"©.

The music and the sound effects are adapted to the respective epoch and are suitable to various games.

We offer "musicSound"©  for the following epochs: Ancient times, Viking, Middle Ages, Fantasy, the Napoleonic age, world war I / II, science fiction and Steampunk.
The musicSound-fx -Symphonies are in mp3 format and can be played back with the help of an mp-3 player combined with USB-, Bluetooth- or line-in speaker-systems.

As a small and nice side effect you are able to integrate the loudspeakers with model construction accessories and colours into the Tabletop scenery.

Videos and report about musicSound 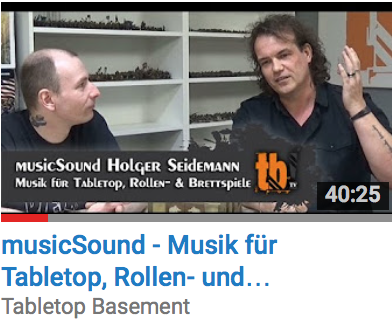 Examples of musicSound-fx compositions in the video starting at 21:45min. The examples are partly without sound effects. These are pure examples. All finished compositions will be combined with corresponding sound effects  to each epoch.